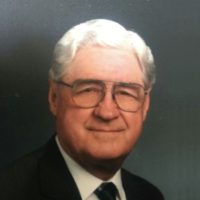 Dr. Vaughn E. Hansen was a prominent university educator and consulting engineer. He obtained bachelor’s and master’s degrees in civil engineering from Utah State University in 1943 and 1947, respectively, and a Ph.D. degree in fluid mechanics from the State University of Iowa in 1949. After completing his doctoral studies, Dr. Hansen returned to Utah State University to conduct irrigation research for the Civil and Irrigation Engineering Department and the Agricultural Experiment Station and served as the Station’s first director. In 1965 he was privileged to serve as the first director of the Utah Water Research Laboratory which was created and built as a result of his vision, dedication, and determination.

In June 1966, Dr. Hansen resigned as the Director of the Water Research Laboratory and moved to Salt Lake City where he took on new challenges as a consulting engineer. In 1974 he created Vaughn Hansen Associates, Inc., a water resource engineering firm that served government and private industry. Thirteen years later, Hansen, Allen & Luce, Inc., was created to reflect an increased staff and expanding expertise in water resources and civil engineering design, providing services to several new clients including the municipal/public sector. Dr. Hansen served as a principal of Hansen, Allen & Luce until his retirement in 1988.