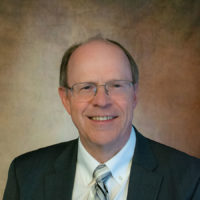 Mr. Allen served as President of HAL from 1987 to 2021. He has practiced engineering for more than 42 years and is a registered Professional Engineer in Utah and Nevada. His areas of focus include surface and groundwater resources, hydraulics and hydrology, water quality, water supply, stormwater and flood control, hazardous waste, and environmental issues. In addition to being involved in a wide variety of water-related projects, he has had extensive involvement in the permitting, planning, design, and construction of municipal solid waste, RCRA hazardous waste, TSCA waste, and industrial waste landfills and repositories in various states.

Mr. Allen has served in leadership capacities in several professional and technical organizations, including President of American Council of Engineering Companies of Utah (ACEC-Utah) and ACEC National Director, representing ACEC-Utah, President of the American Water Resources Association – Utah Section, and member of the Board for the American Public Works Association – Utah Chapter.