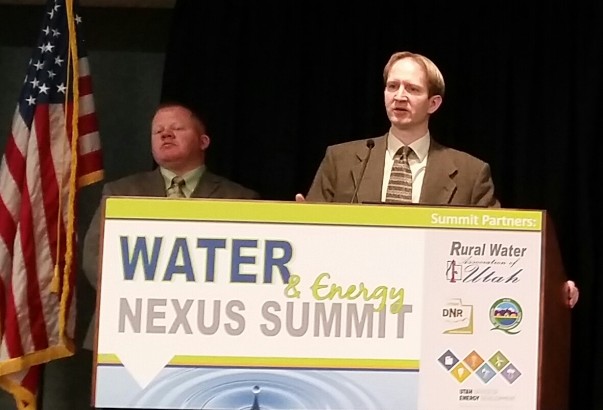 Water and energy are inextricably related in what is called the water-energy nexus. Water is needed to produce energy, and energy is needed to supply water. The summit, organized by the Rural Water Association of Utah and the Utah Office of Energy Development, addressed these relationships in the context of public water systems. HAL was a summit sponsor.

HAL’s Steven C. Jones and Logan City’s Paul Lindhardt presented the results of a water system optimization project. They explained how Logan’s water system was able to provide better service while cutting costs. Extended-period hydraulic modeling revealed several inefficiencies, and Logan undertook capital projects and operational changes to address them. As a result, Logan’s water system reduced energy costs by 32%, reduced water use by 17%, and responded to 40% fewer pipe breaks in 2014 than in 2013. Several other cities have benefited from similar projects.